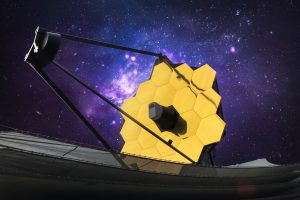 The booming aerospace industry offers many opportunities for fastener manufacturers and suppliers. U.S. company Grand View Research Inc. estimates that the global satellite payload market will reach 21.8 billion by 2025, with an annual increase of 7.9 percent. This could be added to the commercial sector with the prospects of space tourism, promising exponential growth in the coming years, as well as the demands for communication and broadcasting services.

Fastening systems for the aerospace industry

Aerospace design requires fastening systems of the highest quality and precision. The rigorous standards required by such fasteners make them suitable for any precision fastening application. Put it simply, one of the reasons why quality must be extremely high is that satellites, probes, rockets, and other space objects beyond Earth’s atmosphere are unreachable for maintenance operations.

The aerospace industry has been using a variety of standard fasteners, including screws, nuts, rivets, studs, and special fastening systems. Such equipment and technologies are subjected to extreme conditions, with high pressures and temperatures due to leaving the Earth’s atmosphere or exposure to rocket fuel. Therefore, aerospace fasteners must undergo very rigorous tests that simulate space conditions on Earth.

Recently, NASA had to delay the launch of the James Webb telescope due to fastening problems discovered during the final phase of testing. One particular test simulated the extreme sound vibrations associated with the launch: it was after this acoustic test that inspectors found a loosening of the fasteners used to secure the solar shield covers. But all is well that holds up well: launched on 25 December 2021, a few months later the Webb telescope sent back the first images of the most distant and ancient galaxies ever observed, as well as previously unseen shots of Jupiter and its satellites.

Moving back to aerospace fasteners, here are some of the typical specifications required of them:

Aerospace fasteners: an overview of materials

As for materials, the most common among aerospace fasteners are:

The importance of co-design

As mentioned earlier, when it comes to aerospace fasteners, the industry does not always resort to customized solutions, but simulation tests make it possible to verify the tightness of fasteners at every stage of design. Communication between manufacturers and end users is an active part of the process: manufacturers must always be aware of the conditions under which their fasteners will be used.

A dedicated Field Engineer for the aerospace and aeronautical sectors is available for Specialinsert® customers. Through our technical support, we also offer two test laboratories dedicated to both the verification of existing products and the development of new prototypes. We want to make sure that even the most ‘out of the world’ project can become a reality.

Specialinsert since 1974, proudly a successful presence in the world of fasteners.

If your sector is Automotive or Industrial contact our Specialist

In the Techub page you will find technical information ranging from fastening tests on the most varied materials, to explanatory assembly videos. A space designed for technicians and not only:

If your sector is transport, nautical, aeronautical or aerospace contact our Field Application Engineer.

This website uses cookies to improve your experience while you navigate through the website. Out of these, the cookies that are categorized as necessary are stored on your browser as they are essential for the working of basic functionalities of the website. We also use third-party cookies that help us analyze and understand how you use this website. These cookies will be stored in your browser only with your consent. You also have the option to opt-out of these cookies. But opting out of some of these cookies may affect your browsing experience.
Necessary Always Enabled
Necessary cookies are absolutely essential for the website to function properly. This category only includes cookies that ensures basic functionalities and security features of the website. These cookies do not store any personal information.
Non-necessary
Any cookies that may not be particularly necessary for the website to function and is used specifically to collect user personal data via analytics, ads, other embedded contents are termed as non-necessary cookies. It is mandatory to procure user consent prior to running these cookies on your website.
SAVE & ACCEPT